The JASB team has been working on the game diligently and are taking the time to make sure everything looks and feels great.

Questions are popping up in the comment threads asking about the release of the game and the quick and easy answer is… late 2019.

Whaaat… The game is delayed!!!!

Here is a brief breakdown of what lead us to push the release date back.

While planning our Fig campaign in late 2015, we were also putting together our development schedule. During this process, we predicted that Q1 of 2018 would be enough time to deliver the PC version of the game and for the console release we would work on a Fig Slacker Backer with investment options.

Game development started when the campaign was successful due to your amazing backer support, the initial investment from fans and Fig.

Overall there was a slight delay in some of the investment based funds coming in which caused us to be more lean with development which pushed our timeline out a bit. We briefly mentioned this in an update for November 2016.

We are in a great place with our current timeline as many of our targeted gameplay systems are good to go, and we are massaging these pieces with polish and testing. Our main focus is tuning combat, AI behaviors, our custom physics for enemy juggling and advanced fighting mechanics. We will share footage from the playable in our next update and break down the development timeline. 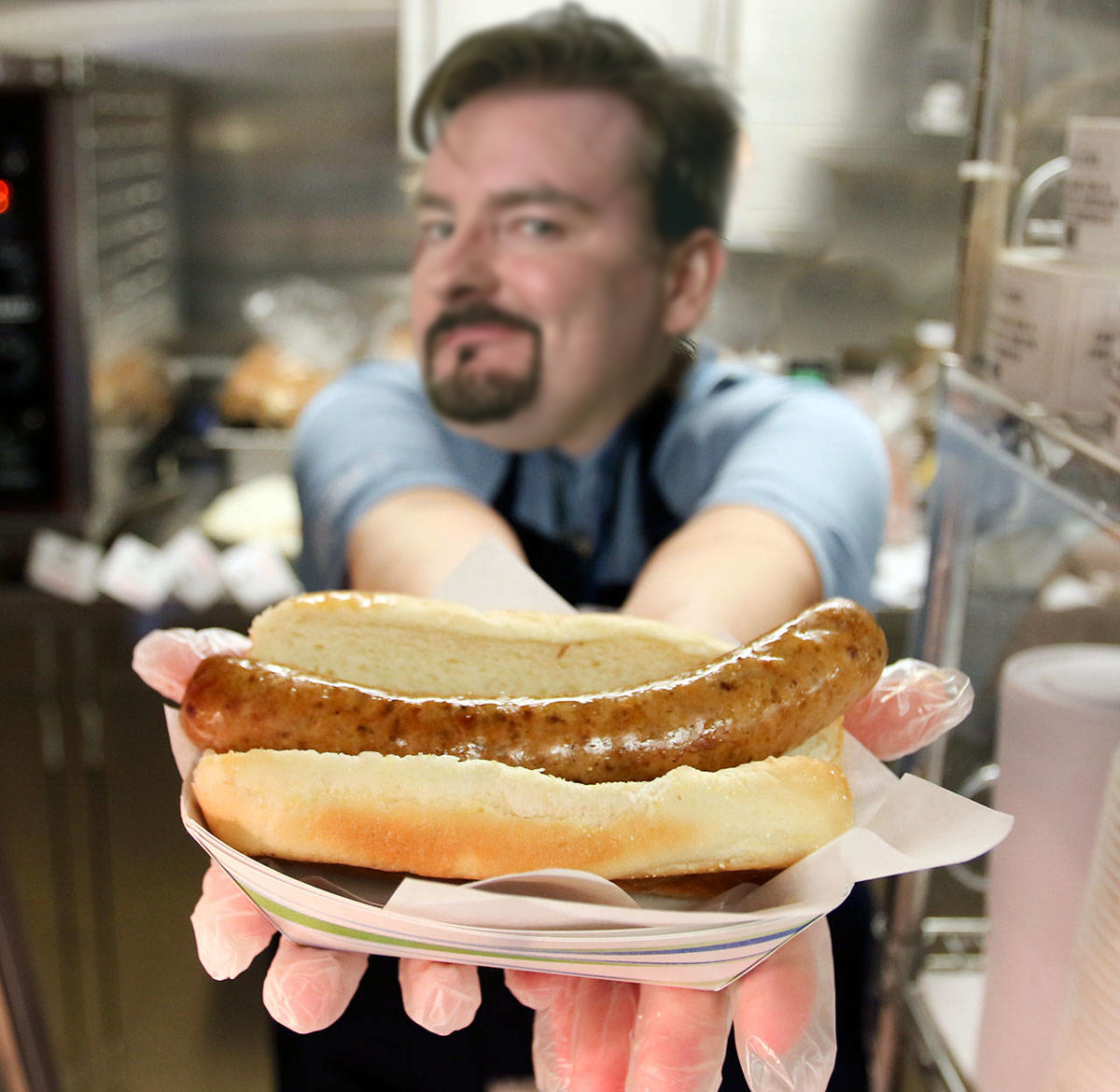 Sometimes making sausages takes longer than expected, especially when that sausage is a video game. Thanks for your patience while we meticulously stuff this bratwurst full of meaty gameplay goodness.

Before starting Chronic Blunt Punch we were planning on releasing the game around Clerks 3 or the Mallrats series that were in the works, in order to cross promote and potentially work in tie-ins with our walk on rewards. We were bummed to find out that both projects were taking a back burner. Out of nowhere K. Smith announced that he was going to film another Jay and Silent Bob film called, Jay and Silent Bob: Reboot! This exciting news because we feel it is a perfect crossover for both mediums. The script is reaaaallly good and we are hype about the potential. There is a tentative schedule for the film to start shooting this summer and we would like to release the game around the same time as the movie, which is slated to release in 2019.

With Jay and Lunchbox we have been focusing on adjusting the animations that are in the game so they feel more fluid with each button press as well as adding some polish to the characters through shadows. We were playing around with flat shaded animations but decided to move forward with a more dynamic approach.

We are getting backer rewards together in order to send them out before the game is released. Some rewards are based upon assets that will be available when we are closer to launch. 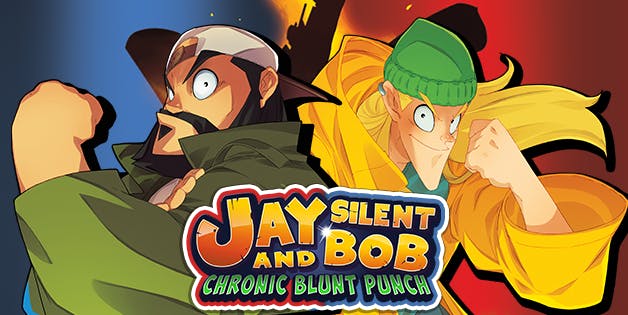 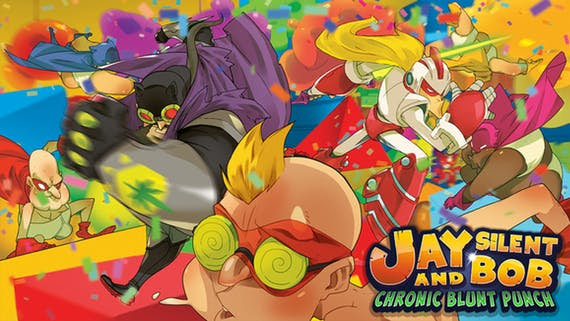 Consumables:
We love the old school beat-em-ups random health pickups that were super prominent in every action game released in the arcade in the mid 90’s. There is nothing quite as comforting as punching a crusty, rusted ass barrel in order to sink your teeth into a steaming hot turkey, perfectly plated with all the trimmings. We are spicing things up with random and not so random health pick-ups that will keep the dynamic duo’s mouths salivating and their bodies healthy, so they don’t bite the dust when eating foot-long fist sandwiches. #Puns.

Below are a few of the edible items that are in the game. 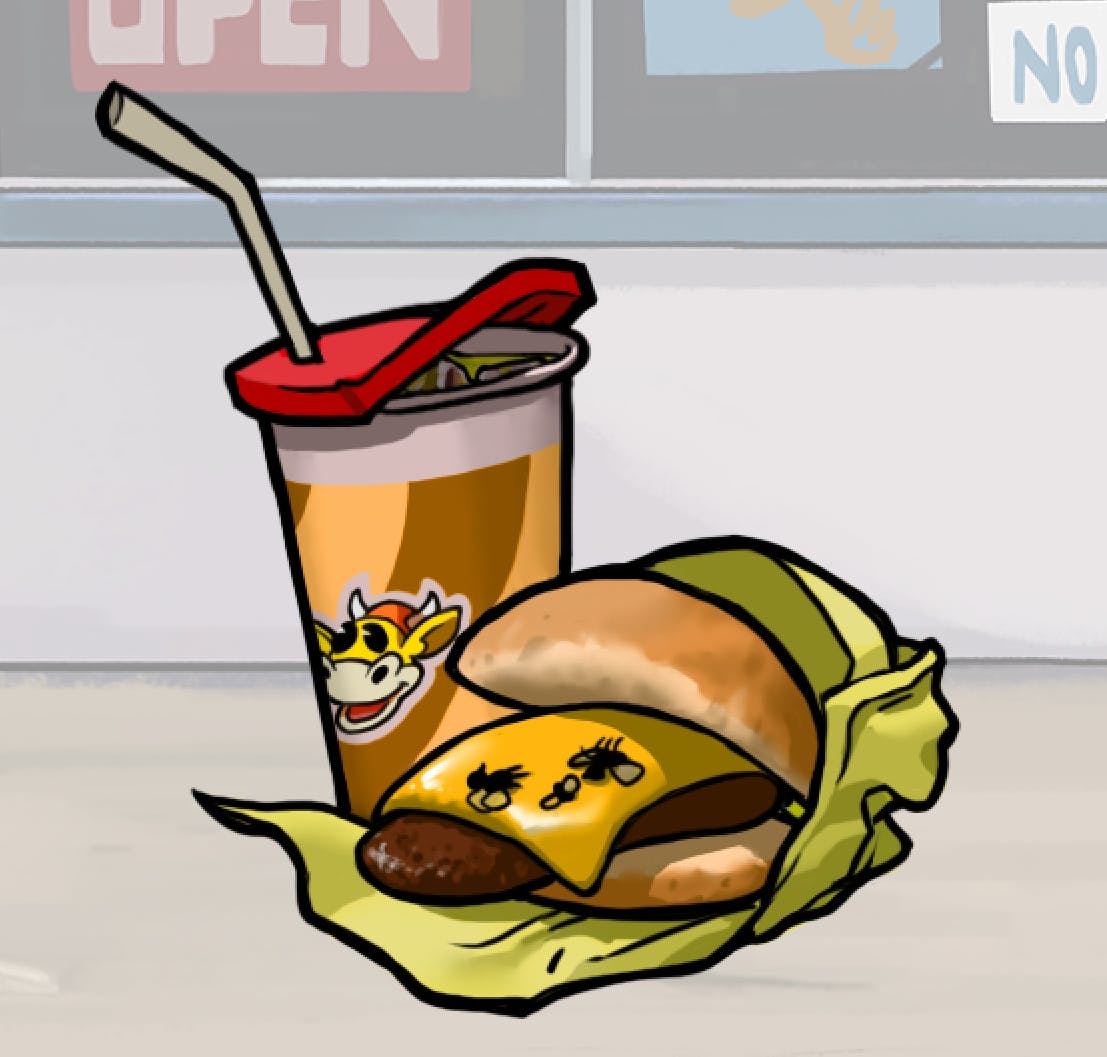 Got the munchies eat some Munchie Puffs 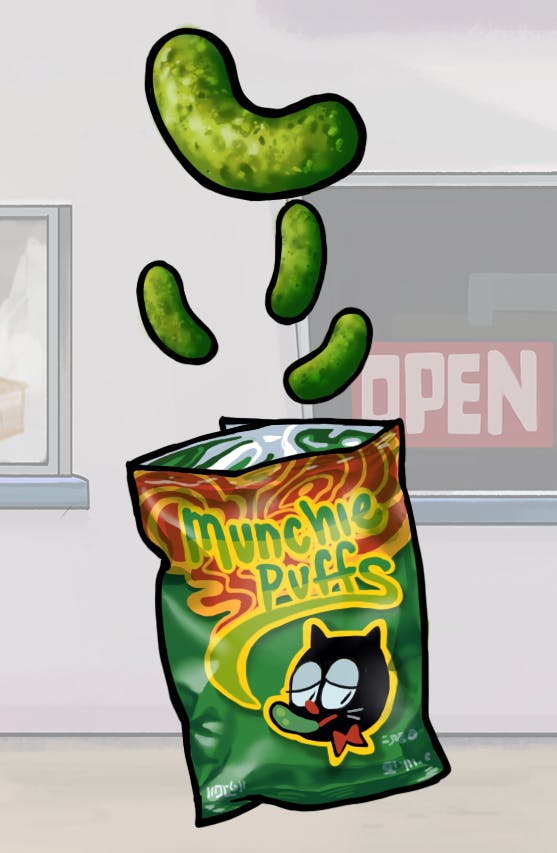 We are busting out some of the games particle effects as they pertain to roundhouse kicks, explosions and Bluntman’s Chronic blast. When Jay and Bob dash, hit the floor or leap into the air we want to add a bit of flare that creates not only a sense of depth but adds weight to the characters.

Since our last update the news came in that Mr. Smith had a heart attack, which caught everyone by surprise. We were glad that a few days after Kevin’s hospital posts that he was all gravy, he lost mad weight and has recovered, as a vegan none the less. Props to his team for holding him down and much love from the JASB: CBP Team. 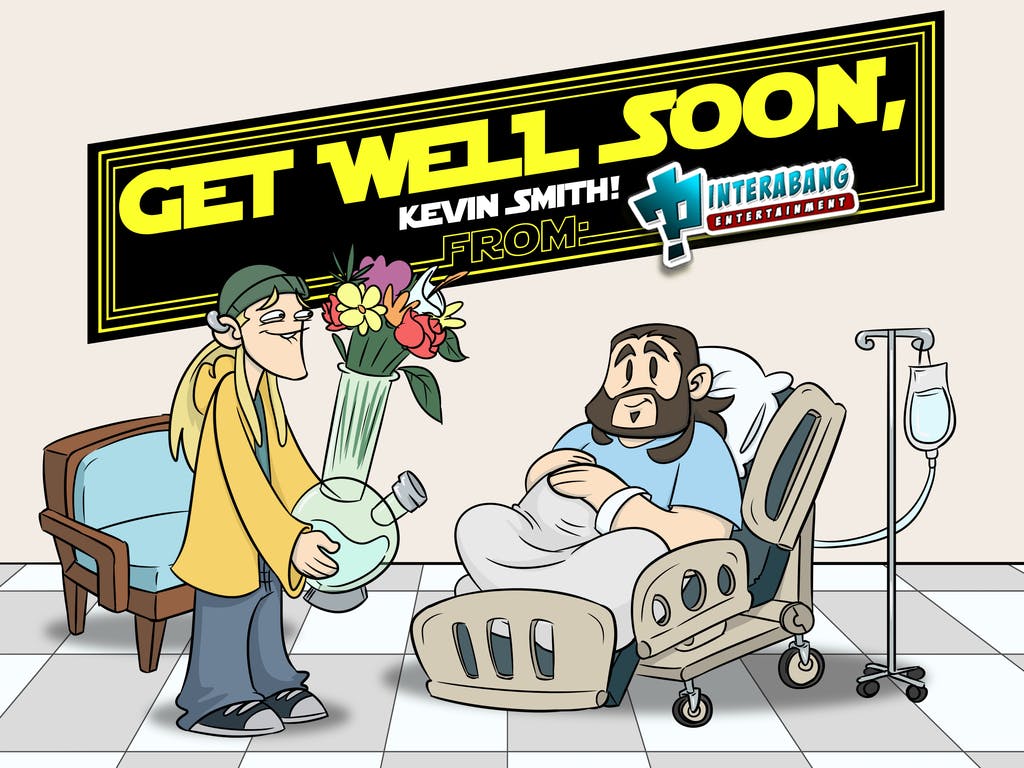 We regularly post updates weekly through Twitter, Instagram and Facebook, please follow us on those platforms for frequent posts and behind the scenes action on the game. We wanted to take the time to answer your questions as well as give you a quick update on where things are with the gizzzame!

The Chronic Blunt Punch website is live and we get direct messages if you leave feedback on the blog. Feel free to reach out if you have any questions about anything regarding development.